Today started bright, and as I hadn’t been the to Plain for a few days, I decided today’s trip – the last of the year – should head that way. When we arrived atop the Plain, I was disappointed to find that once again it was very windy, and clouds in the distance hinted at the showers to come. We trundled along the Wessex Ridgeway, looking for birds, but once again there were few to be seen. The clouds also began to roll in, and the day turned greyer. A heavy shower was soon rattling on the roof and gusts of wind rocked the car on the suspension.

However, when the shower had blown by, a rather splendid rainbow was left behind. 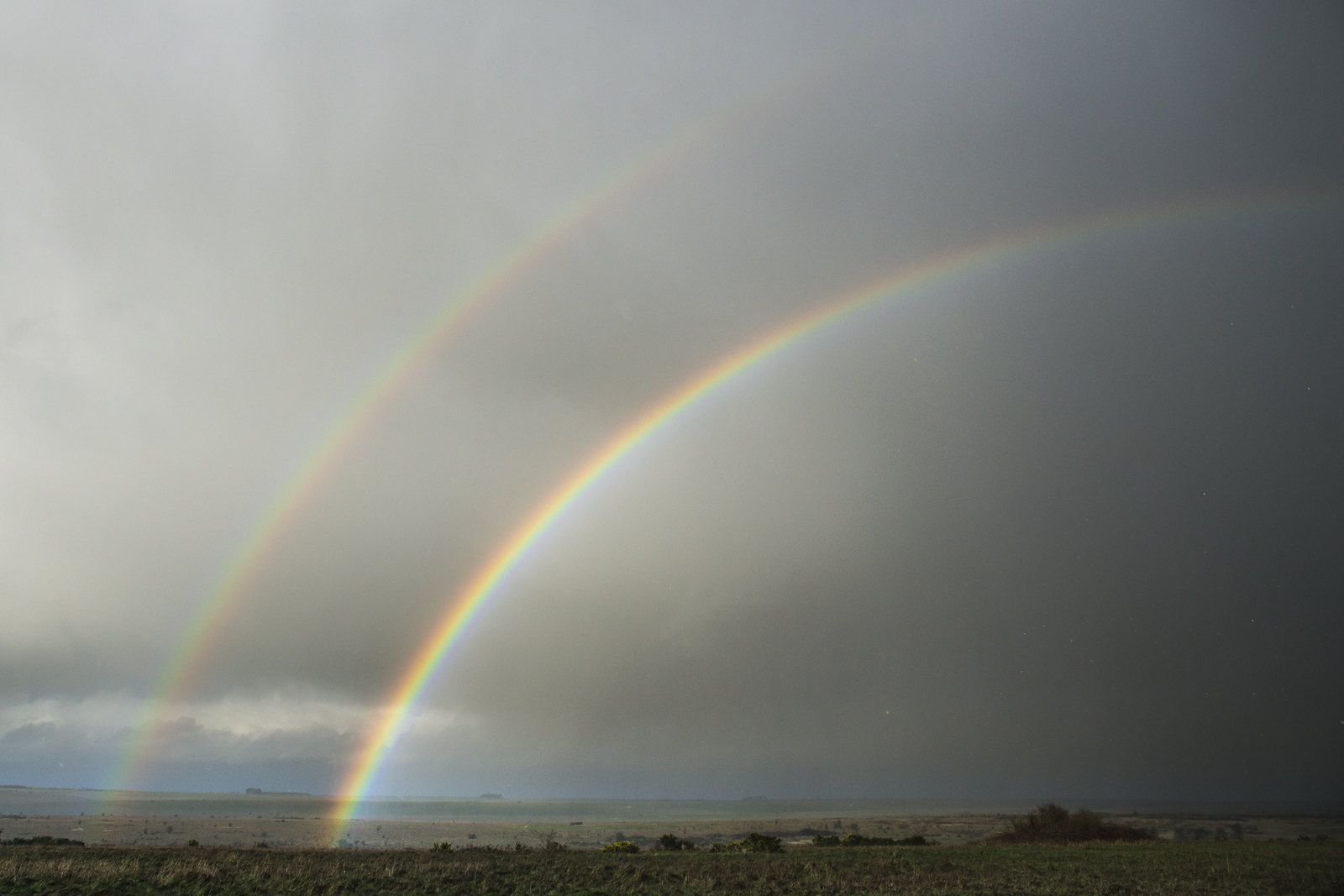 Double Rainbow Over the Plain

While I changed to a wider-angle lens, more sunshine burst through the breaks in the cloud and the landscape became more golden… 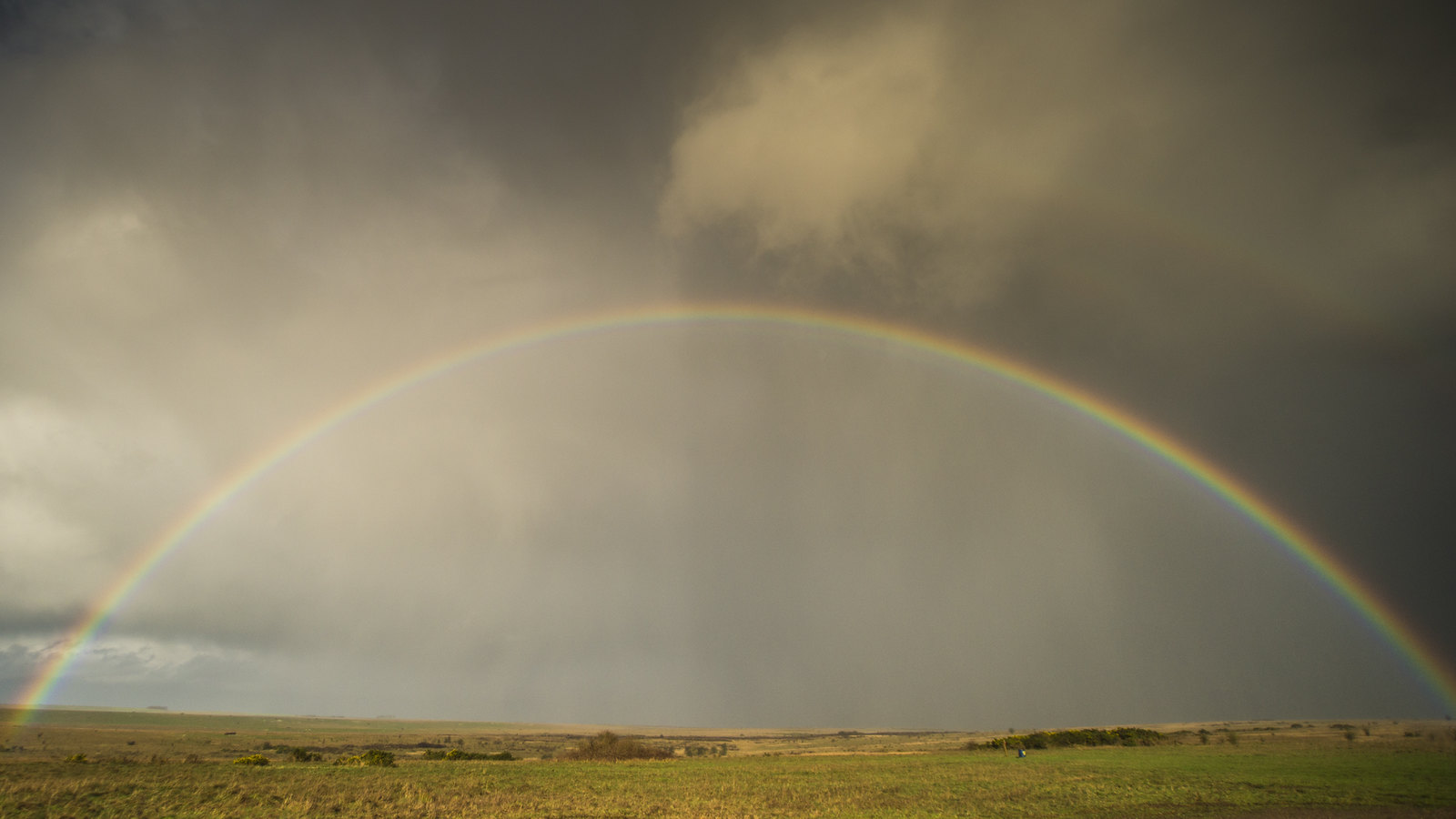 A Full Bow Over the Plain

We continued on our way, and then stopped to have a drink and look out over the heathland. There, I espied a female (ringtail) hen harrier, but it was too far away to take a photo. As we finished our drinks, we could see cloud building again to the west… More showers were on the way. We decided we might as well head home. The rain held off for a while though, so we pushed on a bit further around the east of the Plain, on the byway to Larkhill past Casterley Castle, Compton and Netheravon. Here we saw a hen harrier again. Whether or not it was the same one, we could not tell, of course. And just before we saw the hen harrier, coming down the hill to Water Dean Bottom, the last few moments of sun weakly illuminated the archeological features around Compton, and made the lines of the lynchets rather lovely. 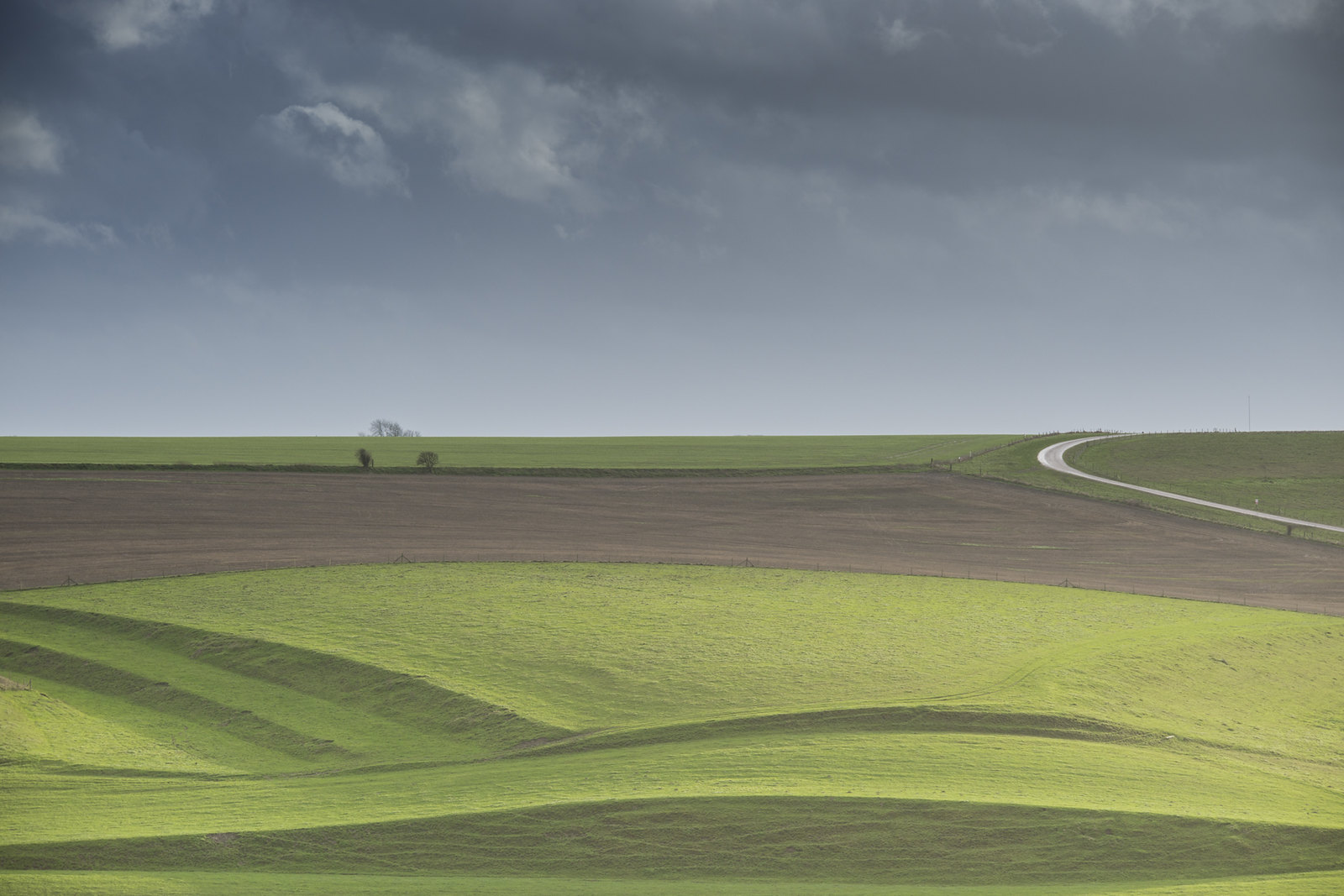 And then, finally, just before the turning off to the old road to Netheravon, this copse – a rather perfect, typical Wiltshire copse – caught my eye, and it was one I hadn’t photographed before. 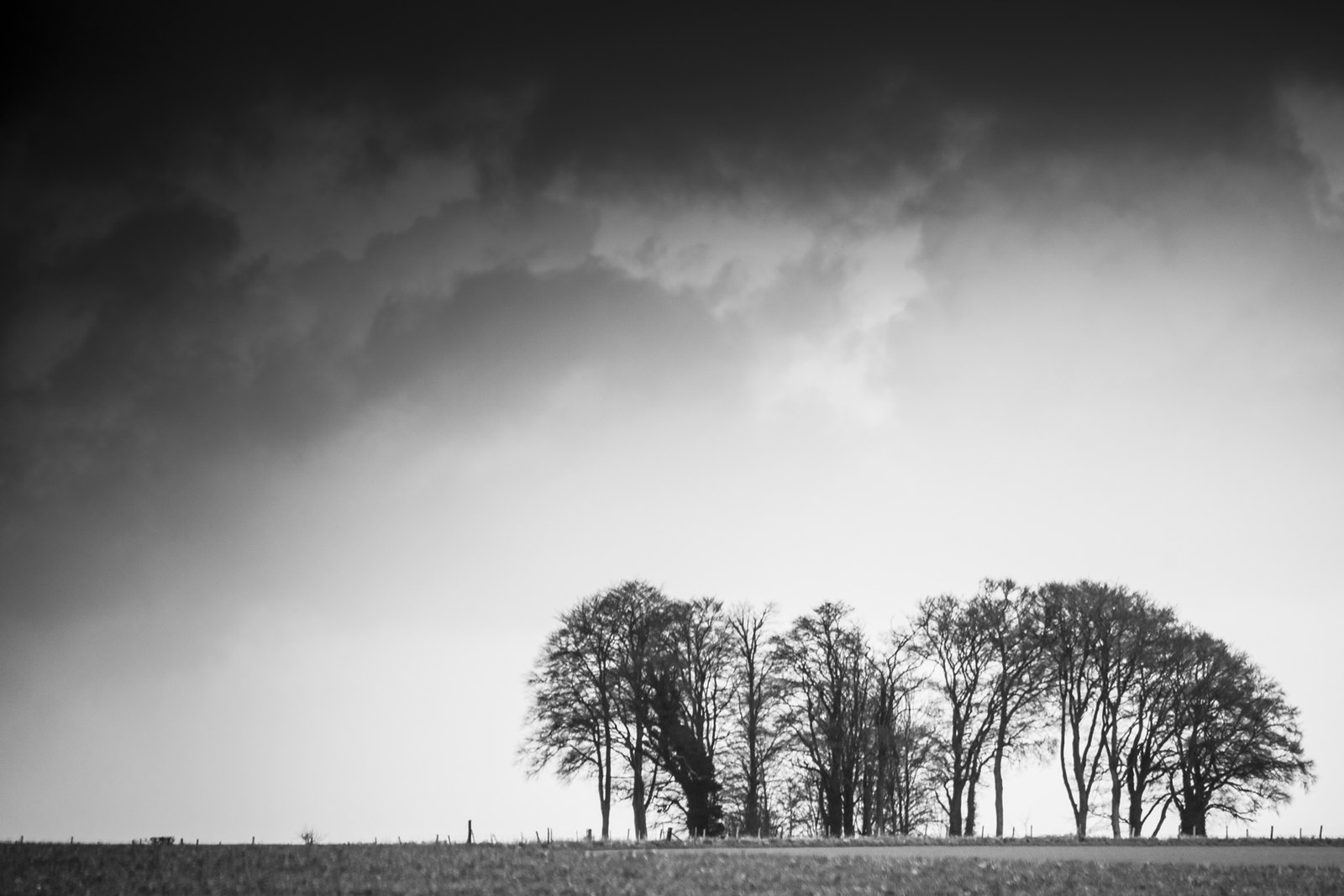 After that, there was a bit more drifting around the tracks, and an exploration of a byway I hadn’t driven along before. We retraced our wheel tracks in an attempt to relocate the hen harrier, but to no avail. And then the clouds began to gather and gloom overtook us, so we returned home.

And that is the story of my day…

Except that… At home, while reviewing my photos and processing them, I realised the few photos I had taken today had the feel of David Inshaw landscape paintings of the mid-70s. If you don’t know Inshaw’s work, see: