While out on our photographic expeditions this weekend, Lizzie and I were rather disappointed by the light. The days themselves were warm and sunny but humid; the skies were pearly and glassy, and without drifts of cloud that might have added interest. On the Saturday, we went out twice; once during the afternoon to see what was wandering around the fields and singing from the bushes; and then a later journey to catch the sunset.

Towards the end of Saturday afternoon’s rambling, we were heading towards a wooded area, an unnamed thicket on an unnamed road that leads from Chisbury Lane to another unnamed road. The thicket is dense with new saplings and older trees and is only lightly managed; I assume it is, like many of the thickets, copses, and woods in the area, a remnant of a once larger Savernake Forest.

As we came out of a dip in the road, I glanced across the field to my left and could see something large and brown at the edge of the wood. I slowed, and as we climbed further up the short incline, the shape resolved to reveal the back of a deer, probably 100m or so away. As we passed, the deer turned to face us. We stopped and took photographs out of the passenger side window. I then decided I would risk parking up and walking back down the road.

To my surprise, the deer hadn’t moved; we watched each other for a while. The deer eyed me cautiously; I watched it through the pentaprism on the camera, and took some photographs. 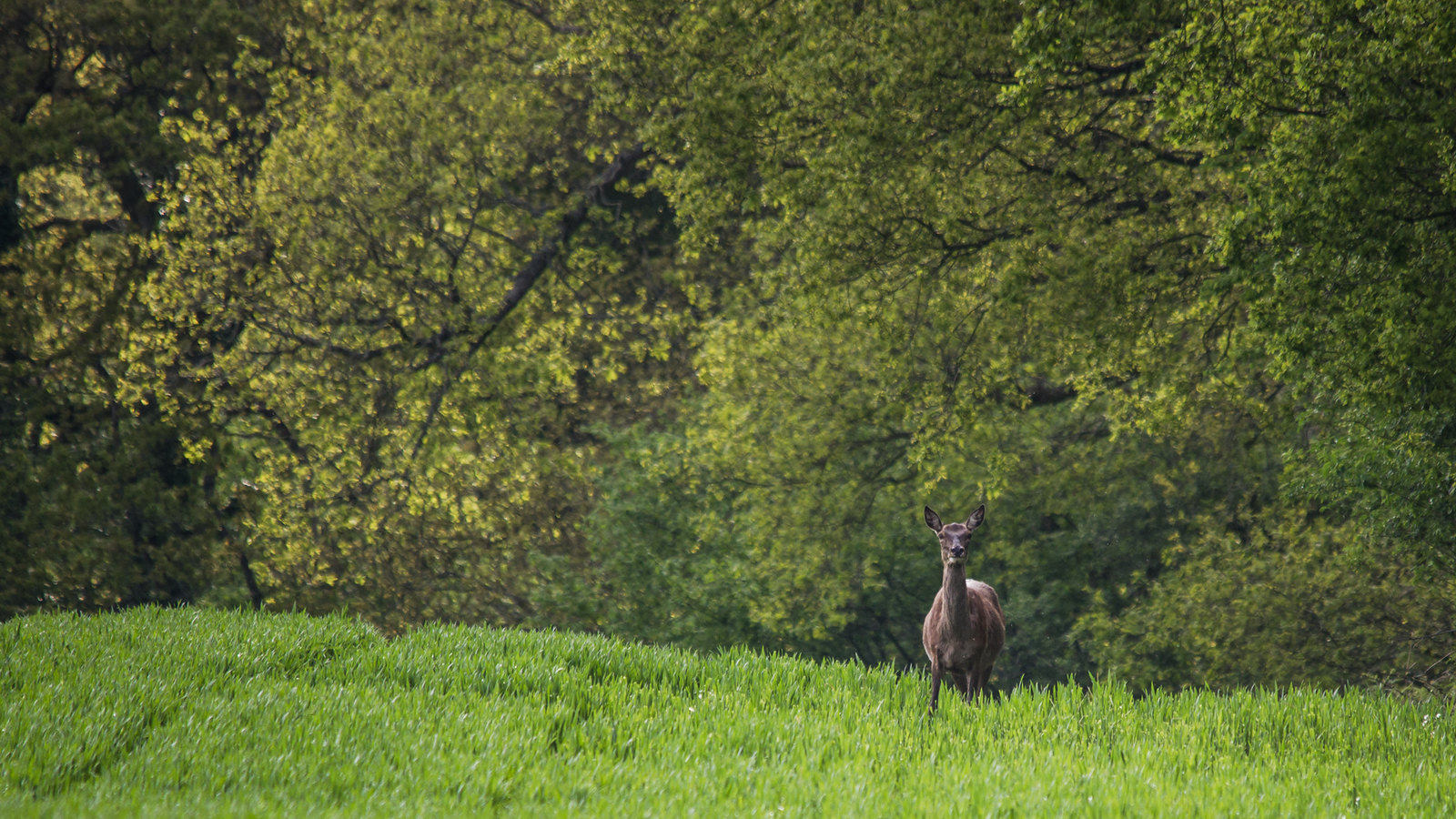 I managed to take several photographs, of which the above was one of the best, showing the deer in its environment: it had been grazing the margin between farmland and woodland.

The deer allowed me to creep through the tangled briars and branches at the edge of the road without running away; but I could sense it tensing for each step I took. Slowly, the deer turned away and, watching me, walked slowly into the thicket beside the field. 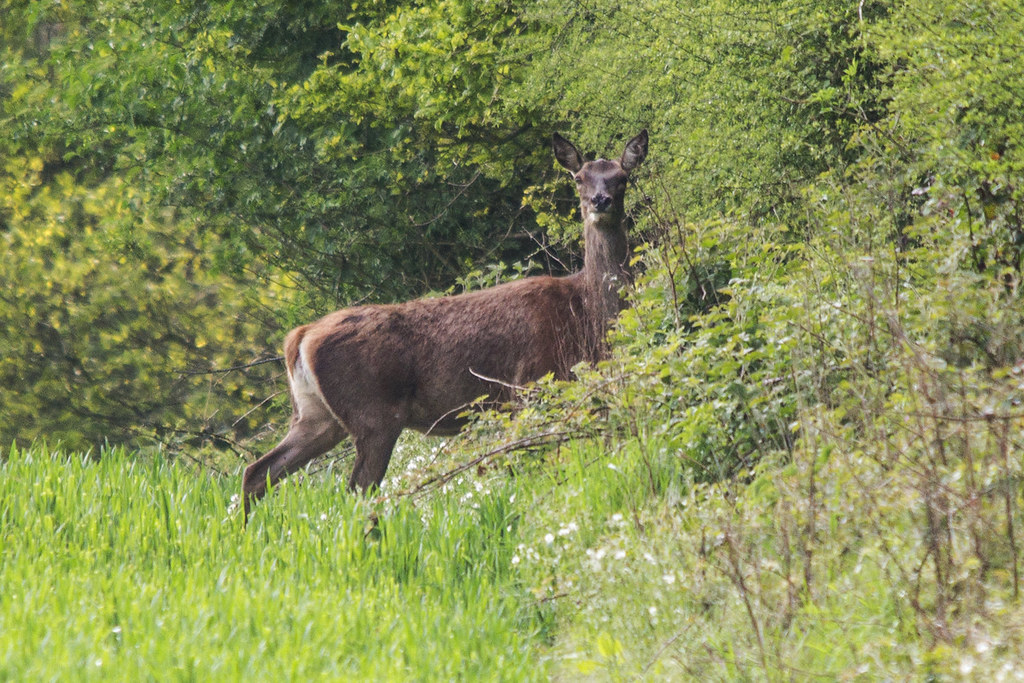 Deer Slips Cautiously into the Trees

It struck me at the time that this deer was slightly unusual. It appeared much bigger than the deer I am used to seeing. Around this part of Wiltshire, I most often see individual roe deer:

or herds of fallow deer:

A Herd of Fallow Deer

The deer I had photographed seemed much larger than a roe deer, and “chunkier” than a fallow. I searched the Web and decided it was most likely a red deer; a first for me. However, I needed confirmation, so contacted the volunteer who coordinated mammal sightings for the Wiltshire and Swindon Biological Records Centre. When the reply came, I was pleased to find my supposition confirmed; it was a red deer. What’s more, this was, to the best of the volunteer’s knowledge — a friendly chap called Gareth — the first photograph of a red deer in Wiltshire.

This red deer is female (a hind), and appears to be pregnant. This means there must be males somewhere in the area; another reason to go out photographing at weekends!